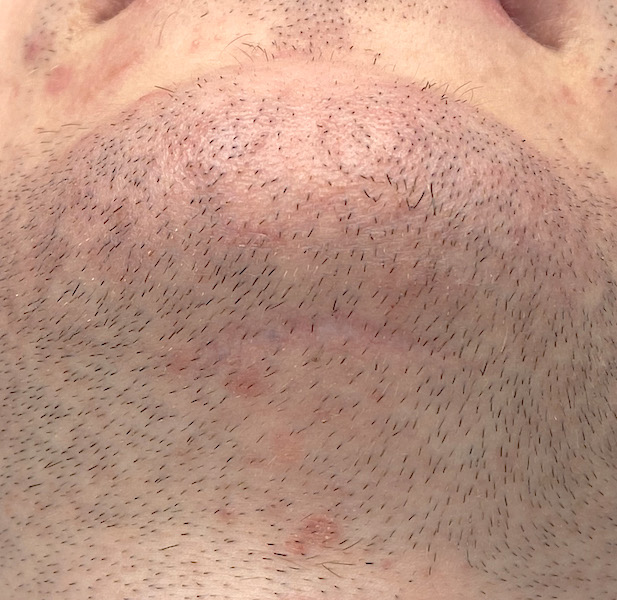 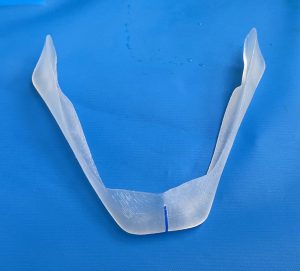 The most aesthetic changer of the shape of the lower third of the face is a custom jawline implant. By wrapping around and augmenting the inferolateral border of the entire jawline the trasition between the face and neck becomes more evident. In terms of surface area coverage the jawline implant is the largest facial implant with the most complex shape. 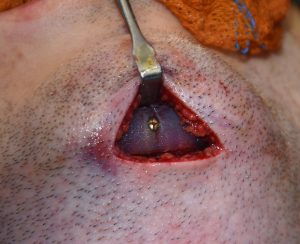 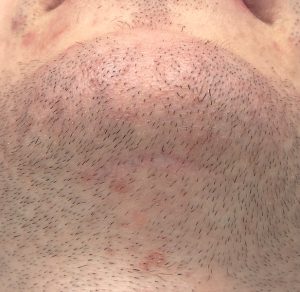 The scar outcome of the submental incision is of aesthetic importance particularly in men where the hair-bearing skin is prone to showing scar widening. (usually due to beard hair loss) In my experience most such scars due very well but the key is knowing how to protect the hair follicles during the cutting and closure of the incision.

In making the submental incision a scalpel is first used to cut through the skin. But once fat and hair follicles are seen dissection is switched to scissors to get to deeper tissues. Only then is electrocautery used is get down to the bone. This avoids thermally injuring the hair follicles which will result in beard hair loss and a wide appearing scar.

In closing the incision it is important to eliminate or limit the use of dermal sutures as this is another mechanism for hair follicle entrapment. The same can be said for subcuticular suture chin closure. A non-locking running suture of 6-0 plain works well and does not require removal later.

In essence with good surgical technique the scar outcome from the submental incision in custom jawline implants can be very similar to that of standard chin implants.