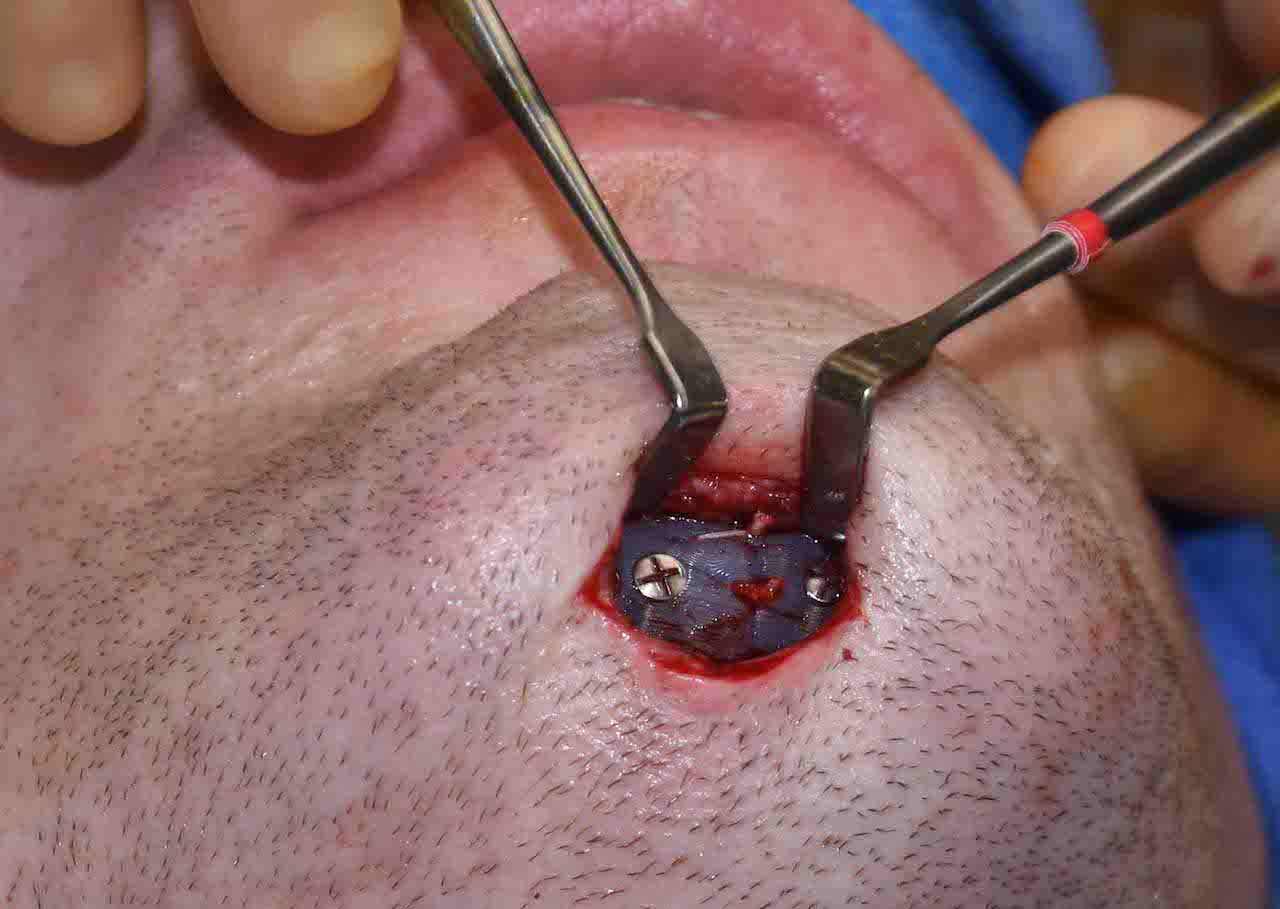 Magnetic resonance imaging (MRI) is a common radiologic diagnostic test that has proven invaluable for evaluating soft tissue abnormalities, often used in the head and neck area. Because it does not expose the patient to radiation it is also considered a very safe study to undergo. But despite avoiding radiation an MRI does pose some risk when it comes to the presence of metal implants.

As its name implies an MRI involves the physical principle of magnetization in which a magnetic field is applied to the part of the body that lies within a cylindrical machine. Using the solitary proton in the hydrogen nucleus, which allows its otherwise random atomic orientations to become unidirectional when exposed to a magnetic field, creates what is known as resonance. By varying the intensity of the magnetic field the hydrogen atoms can return to their original state in which it releases energy. (relaxation) Imaging the released energy caused by the relaxation of the hydrogen atoms allows an MRI image to be created.

Because metal implants are potentially magnetic, based on their material compositions, there is always concern about implant displacement and radiofrequency-induced  healing in the adjacent  tissues from the strong magnets of the MRI machine. For this reason (amongst others) in any form of craniomaxillofacial surgery, titanium has become the preferred fixation metal (plates and screws) used now for decades. It has a non-ferromagnetic property compared to stainless steel for example which contains iron, cobalt, and nickel which are strongly ferromagnetic. Technically titanium is very weakly magnetized and is often referred to as paramagnetic. 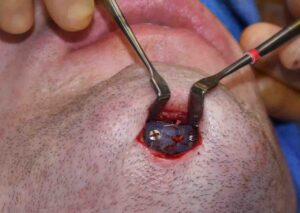 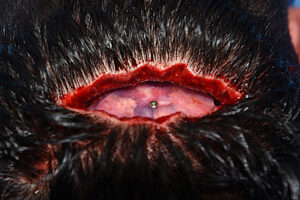 The most common use of titanium hardware in the skull and face is for bone fixation using plates and screws. Numerous studies have shown that such firmly fixed implants to the bone do not become displaced. Similarly there is no appreciable temperature change around the implants so thermal soft tissue damage also does not occur. This has led to a general consensus that the use of MRIs in patient’s with titanium hardware is perfectly safe.

When it comes to skull and facial implants that have been secured with titanium screws it would be safe to similarly conclude that they are safe from both displacement and local tissue heating effects.